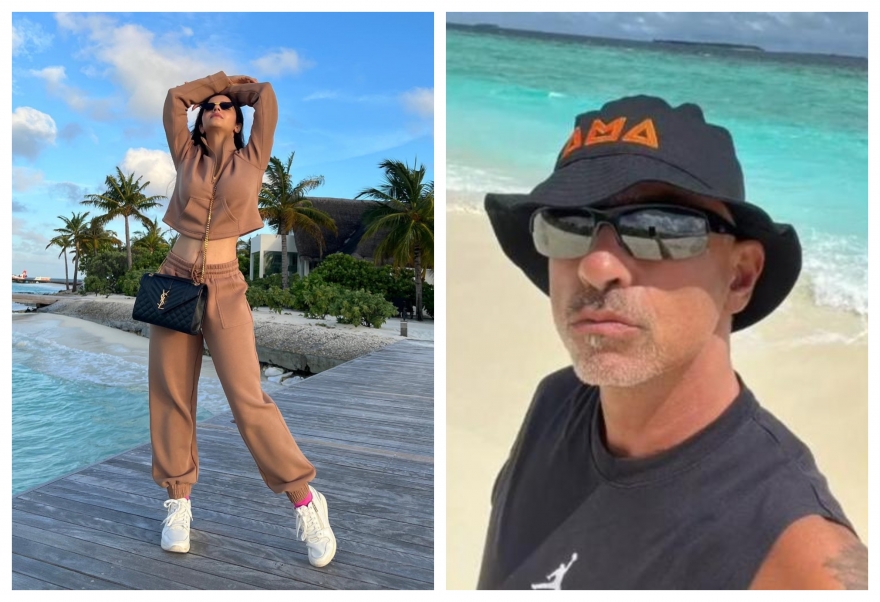 Italian singer Eros Ramazzotti and Indian star Vedhika Kumar has been recently spotted enjoying the sun and crystal waters of the Maldives in their getaway at Heritance Aarah.

Born in Rome, Italy, Eros Ramazzotti is a best-selling Italian singer/songwriter with a distinctive voice and a wide-ranging pop/rock style that encompasses everything from adult contemporary to classical crossover. he initially established himself as a chart-topping twentysomething pop star in the mid-'80s with songs like "Una Storia Importante" and "Adesso Tu."  His 13th studio album, 2018's Vita Ce N'è, became his 11th Italian number one, not counting compilations. He went gold a year later with the single "Per le Strade una Conzone" featuring Luis Fonsi.

Vedhika Kumar is a south Indian model and actress who started her career as a model and later turned into acting. She mainly works in Malayalam, Tamil, Telugu and Kannada film industries. The 33-year-old made her acting debut in the Tamil film Madrasi. She has acted in many popular south Indian movies like Sringaravelan (Malayalam), Kanchana 3 (Telugu), Paradesi and Kaaviya Thalaivan(Tamil).

With first class services and exquisite dining options, everything in an all-inclusive luxury offering, Heritance Aarah offers a truly Maldivian escape, in style. Wake up in paradise to the sound of the sea, dive amidst exotic underwater marvels and dine under a majestic star-studded sky over one of the finest resorts in Maldives.