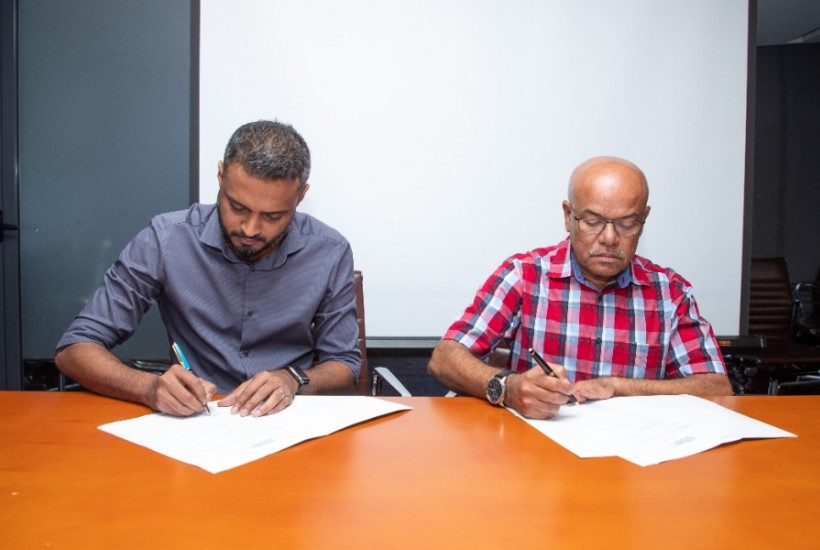 As per the arrangement, Maagiri Hotel will become the venue for the expert panel of judges of Maldives Business Awards during their evaluation process of entrants.

Maagiri Hotel signed on as the host partner (judging) for the very first edition of MBA back in 2018 as well, while proving themselves as paramount in delivering hospitality.

"Maagiri Hotel has stepped forward for the second time acting as the events host partner for judges. The judging panel were able to go through their evaluation process without compromising the privacy and confidentiality all thanks to the brilliant service rendered by the hotel," Blazon Inc. CEO Hasan Hilmy said.

"We are grateful for the support and professional relationship built between our firm and the hotel and are hopeful that Maagiri Hotels management will step forward to assist us even in future endeavors," he added.

Furthermore, CEO of Blazon Inc. noted the agreement will provide more exposure and help Maagiri Hotel to establish as a close ally to the corporate society of Maldives.

Speaking in a similar fashion, the hotels General Manager expressed his gratitude and assured continued support to the event. "We are honored and we thank Maldives Business Awards for the opportunity and hope this will solidify the business ties between the two parties," he said.

The hotel will become the designated home for the judges for the upcoming 03 weeks as they will be evaluating and marking all the entrants competing in various categories of MBA.

Additionally, Maagiri Hotel will also act as the exclusive venue to host the presentations of the MBA finalists as well. In addition to this, as per the agreement the venue will be utilized as the meeting or conference point for the events partners and sponsors as well as the entrants.