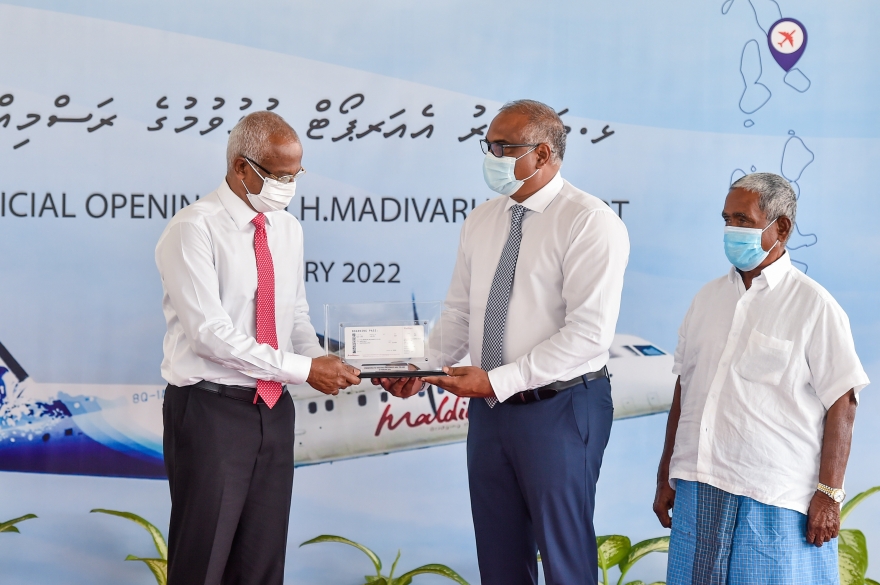 Describing the new opening as a joyous occasion for the people and resort operators of Faadhippolhu Atoll, President said that it would create new jobs and aid in the promotion of tourism in the region, for resorts, guest houses, and homestay facilities alike, in addition to other economic activities. He further noted that every atoll north of Malé has been integrated with an airport.

The new airport was developed by Kuredu Holdings Pvt Ltd and would be operated by Island Aviation Services Ltd. The fully equipped new airport will provide reliable and quality services to the residents and tourists visiting the atoll, as per the wishes of President Solih.

President also revealed that the developer of Madivaru Airport is currently preparing for expansion, which would see it develop into an international airport.

The Madivaru Airport is equipped with a 1200-metre runway and can accommodate four aeroplanes at a time. The airport terminal also comes with an 80-passenger VIP lounge. The Ministry of Transport and Civil Aviation has recently presented Island Aviation Service Ltd with the aerodrome certification for the airport.