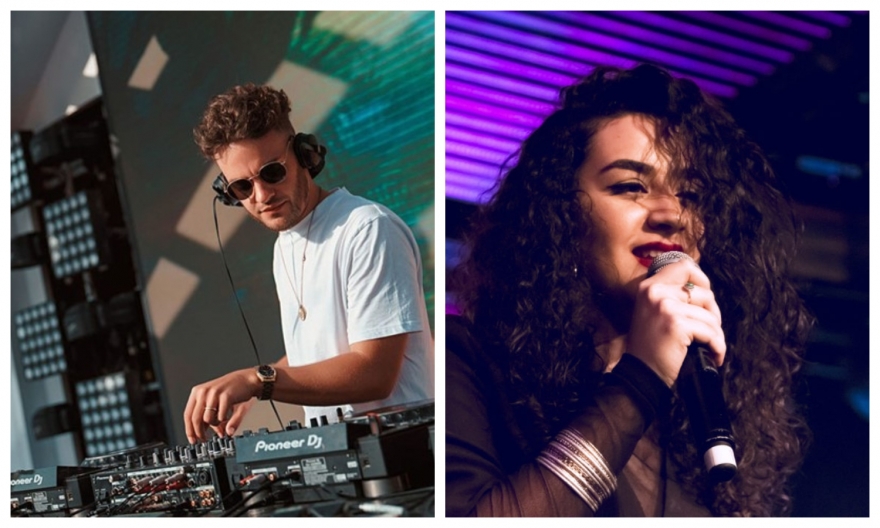 Dubai based DJ, Thomas Karnovski and Iraqi born Shébani will be performing at Sun Siyam Olhuveli during Valentine’s week 2022.

Thomas is a British house and open-format DJ who has been on the scene for the past 15 years. Originally hailing from Kent, UK, he first gained traction in London by playing at known and established nightclubs such as Pacha and Cable, representing prestigious club brands such as Ministry of Sound, and Kinky Malinki.

Thomas’ international career started with the Mahiki Nightclub, playing as a full-time resident DJ before being snatched up by Ramasuke, where he spun tracks before being noticed and headhunted by Zero Gravity, the place to be in the afterhours of Dubai. Providing tracks for Harvey Nichols fashion shows and in-house events, and supplying the sound for Drai’s signature Thursday nights.

Thomas currently holds residencies at the Super Beach Club, Drais Dubai, Ramasuke, & formerly at Mahiki, and has warmed up for some of the biggest names in the industry including Fatboy Slim DJ EZ, and Sigala.

Shébani is no stranger to the international scene. An alternative singer-songwriter who has enthralled audiences worldwide, with her flawless and haunting vocals, Shébani’s music is unapologetically vibrant, vulnerable and emotional and explores the eternally human themes of love, fear, regret and bliss. She graduated from the British and Irish Modern Music Institute in London, where she studied songwriting just an year after releasing ‘Alter Ego’, her first single.

Shébani has since then gone on to release more music to great critical acclaim, sparking keen interest, and garnering support from high profile artists. She has opened for the likes of Jorja Smith and Liam Payne in 2019, performing at the EXPO 2020 in Dubai, and has recently opened for DJ Khaled at Formula 1, Abu Dhabi on December 2021.

Traditional Maldives meets modern design at Sun Siyam Olhuveli, with accommodations ranging from Maldivian-inspired suites to sleek contemporary villas. Designed to cater to your every whim, with three pools to choose from, including an adults-only infinity pool that never fails to impress – but be warned, the lagoon may entice you into adventure.

It all begins on the water, and whether it’s parasailing, kitesurfing or diving, there’s countless ways to stay active. The resort’s outstanding cuisine holds the ocean at its heart, too, with creative menus served across its selection of restaurants and bars, all prepared by world-class chefs.