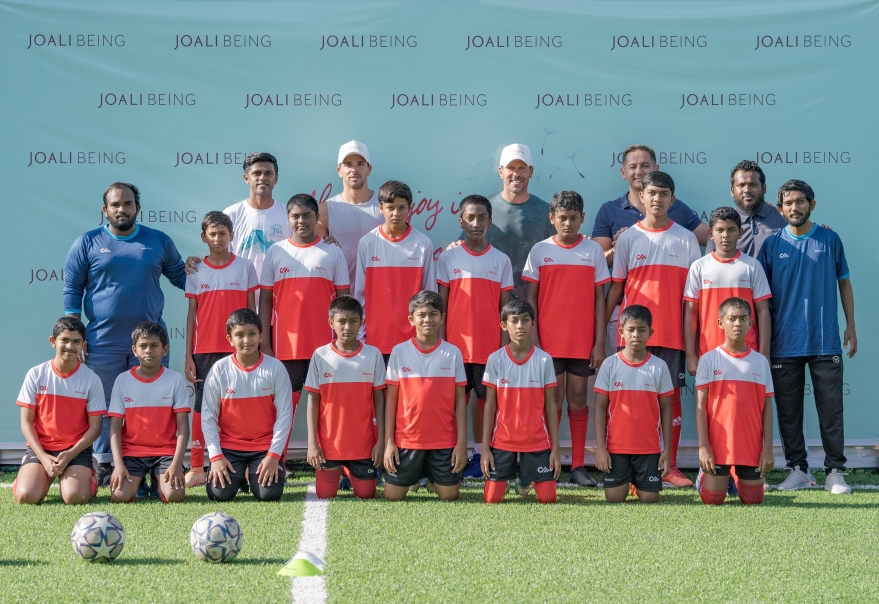 On the evening of June 26, football legend Diego Simeone had arrived, ready to kick off a memorable skills workshop with a group of young Maldivian players.

Simeone, who rose to fame as a midfielder for Atlético, Lazio and Inter Milan and won an Olympic medal playing for the Argentinian team, has been the manager of Spanish giant Atlético Madrid since 2011.

On June 26, a group of 14 young players from Meedhoo Island made their way to JOALI BEING for an adrenaline-pumping session with Simeone. Along with gaining valuable knowledge and practising pro techniques, the youngsters also had a chance to interact personally with the world-class player and coach – an experience that is sure to motivate them for years to come.

The collaboration with Simeone launched the Movement Skills Series at JOALI BEING. Over the coming months, the retreat will partner with renowned tennis players, fitness instructors and sports people to host a variety of interactive workshops for wellbeing seekers.

As General Manager Özgür Cengiz notes, “Our team is always looking for meaningful ways to connect with guests and support the local community. This commitment is integral to the JOALI brand.”

Ever since opening its doors in late 2021, JOALI BEING has demonstrated an unwavering commitment to the wellbeing and progress of local residents. From conducting virtual education sessions for university students on International Women’s Day to hosting an appreciation event for healthcare workers on International Nurses’ Day, the team has made it a priority to support and empower neighbouring island communities. The wellbeing retreat has also created multiple hospitality internships for Maldivian aspirants.