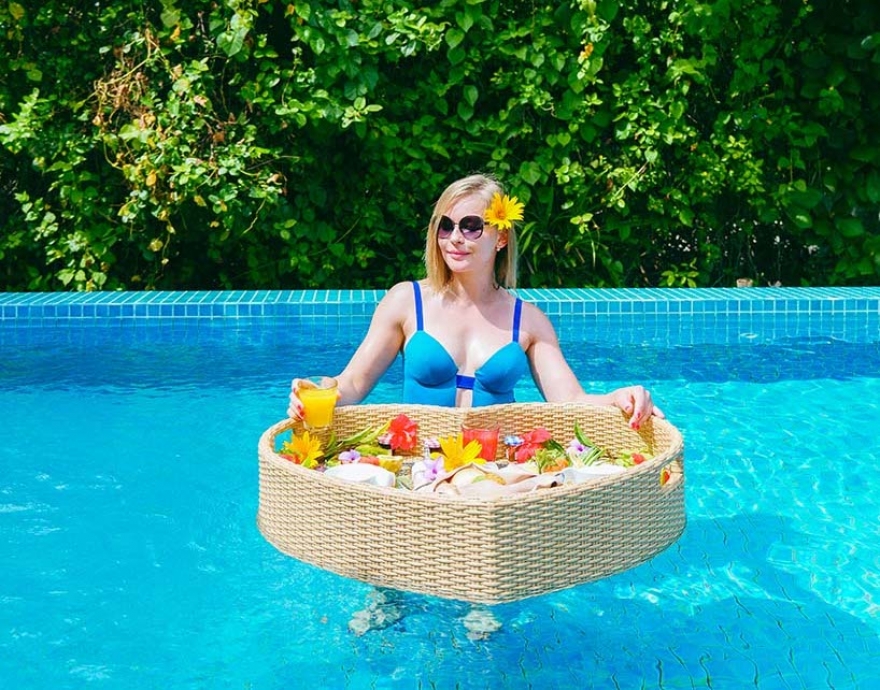 After her space flight to the International Space Station (ISS), Yulia Peresild had touched down at Hideaway Beach Resort & Spa in the Maldives for a much-needed break from her busy schedule.

The Russian actress and philanthropist, who is a popular name in TV, movies, and theatre, is the very first actor in the world to become a cosmonaut after her flight to the ISS in early October this year. Her extremely successful career has made her one of the most in-demand actresses in Russia. She is best known for her roles in drama films such as “The Edge”, "The Bride", and "Captive". Her breakout role which was her rise to fame is her supporting role in the award-winning movie "In the Fog".

She has just wrapped up filming for the movie "The Challenge", to be released in 2022. The Challenge is the first feature-film shot in space. The crew returned to Earth on October 17, having spent nearly 12 days in space.

Following the successful shooting, Yulia is spending a well-deserved break with her family at the luxuriously spacious and private Hideaway Beach Resort & Spa. This is notably the actress's very first time in the Maldives, and she could not be more excited. Her first Instagram post from the isles credits her dear friend Andrey Burkovskiy with planning the trip. She is captured gleefully walking along the shoreline just as the sun is beginning to set. In addition to that, she also shared on her social media a very interesting aerial photo of the resort island taken by her astronaut friend Pyotr Dubrov all the way out there in space.

Her fans showed their support on her social media and whist enjoying seeing snaps and glimpses into her Maldivian vacay, they urged her to take care of herself so that she can get a good rest before coming back to be her best. A sentiment echoed by many fans was that they are looking forwards to what new roles might be in store for future projects that the actress might embark on after her break.

The island's private setting and its curated experiences made possible by impeccable Butler service, makes it the ideal escape for celebrities. Those who have vacationed at the resort include Sharman Joshi, Agata Muciniece, and Dieter Bohlen. Furthermore, the abundance of marine life around Hideaway is second to none. This makes the resort a prime location for snorkelling and diving.

The island getaway boasts some of the largest luxury beachfront villas in the Maldives enveloped in expertly nurtured thick foliage inside the 33-hecatres large island. The crescent-shaped private island rich in nature offers a choice of beach villas and overwater villas; with almost all villa categories with a private pool, to enjoy a the very best the luxury tropical paradise has to offer for friends, families, and couples alike. All-in-all, Hideaway turned out to be the perfectly splendid getaway for actress turned cosmonaut to unwind after shooting an entire feature-length film quite literally out of this world.

Check out the jolly time she had at Hideaway with her lovely family: