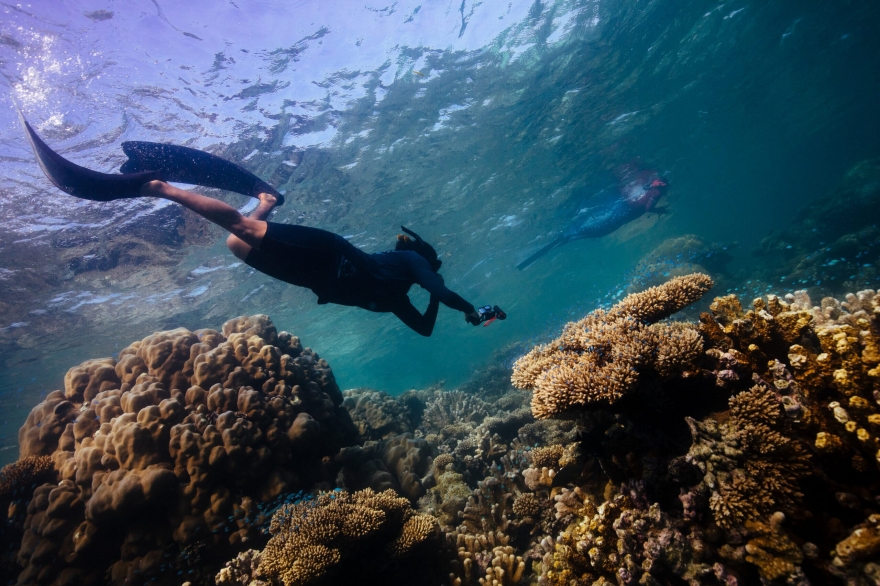 South Asian coral reefs are carbonate-based skeletons where a number of fishes, algae, coral polyps and other organisms live in mutual association. Coral reefs of South Asia are the most biodiverse marine ecosystems on planet earth, usually found in shallow and warm salt waters. Indian Ocean harbors about sixty percent of the world’s corals while twenty five percent are in the pacific and fifteen are in the western Atlantic. The most diverse and variety of fishes are found in these reefs, thus providing living sustenance to economy dependent people to get jewelry, construction material and of course food. In this region of the world where the human population gets 70 to 90 percent of fish, coral reefs support other marine ecosystems and add oxygen to the atmosphere.

Corals are unique features and major tourist attractions across the globe so with changing native and specific water conditions; these sensitive ecosystems of earth are going under detrimental changes. Coral reefs are threatened by both anthropogenic and natural impacts. Pollution, sedimentation and coastal development have all contributed to the massive destruction of coral reefs in the region. Various reports came up with 50 percent of coral reefs in South Asia are at alarming rates, of destruction due to overfishing, coral bleaching etc while the major cause for their decline is the blast fishing especially in Eastern parts of South Asian region.

Dynamite fishing or blast fishing, a very common practice in developing nations is the leading cause to diminish the biodiversity of corals. This practice was banned in various countries since the 1980s but this is an ongoing action to get masses for fish, as we have witnessed the loss of 85 percent of polyps and zooxanthellae which is a symbiotic algae in the coral reefs of Indonesia.

Maldives is at front in the South Asian region to face climate change consequences as its immaculate beaches, spectacular marine life and corals attract nearly five lakh tourists annually which drives the GDP of the country but huge piles of solid waste is being accumulated in corals results. Poor management of solid waste is stressing the fragile marine ecosystem of Maldives.

A major threat to corals of South Asia is the sedimentation which is the result of agricultural and construction activities around the reefs as deforestation are at greater pace which accelerates the rate of erosion at the beaches. Excessive sediment load on coral species clog their opening and obviously reduces sunlight which results in death of coral polyps.

Most dangerous threat to corals across the globe is the Bleaching as due to acidification of sea waters as these forces the symbiotic algae i.e., zooxanthellae to leave from polyps though the coral loses its color. It is the effect of changing water temperatures as just with increment of 0.5oC, algae dies and color pigment fades away. The negative exaggeration of the natural phenomenon can be explained by the growing temperature of the oceans suspected of a greenhouse effect which is ringing alarming bells. As It is to no one's surprise that the Philippines have lost more than 80% since the 1920s, the same is happening in South Asia.

The corrosive properties of under-saturated water as regards calcium carbonate skeletons/shells and the possible failure to calcify under these conditions is one of the major potential threats to marine invertebrate oceans. The report is not available. Ocean acidification is a decreasing pH in ocean water due to the elevated emissions of carbon dioxide into the air, which leads to a further dissolution of CO2 into the ocean.

Ethical owners in the sector must therefore minimize mortality of animals and habitat damages and emphasis on animal welfare and collecting methods in quality. But the issue is that trust and mouth of mouth alone are not sufficient. We must set international standards if we are to avoid the depletion of coral reefs in South Asia.

The SAARC countries have a massive role to play in the Coral reef conservation and now are the ideal time to act as there are serious issues in the region. The SAARC coastal zone management centre has been doing a great job in terms of preserving and creating awareness about the serious repercussions of the coral reef destruction in the South Asian region.

The SAARC can play a much more active role in terms of awareness and with digital transformation happening at a rapid pace it is much easier to create awareness than before. Social media is a platform that is being used by several similar Organizations such as the ASEAN in creating awareness and SAARC needs to do the same and organize regular webinars on the issue of coral reef destruction. This will ensure that sufficient awareness is created.

The SAARC can also work with other organizations such as the UN and the World Bank in terms of creating more awareness globally and gain more insights about how other countries are coping with the sensitive issue of coral reef destruction. It is important to make this a priority as time is running out and the SAARC countries must actively engage in finding a solution to the pressing issue of coral reef destruction.

In order to successfully manage the coral reefs, individual individuals must work together to conserve what is left of the magnificent natural resource. In order to effectively turn the aquatic ornamental trade around and start supporting more live fish, some people have to do their work to the fullest. First of all, while lobbyists are responsible, they can provide healthier cattle, protect healthy fisheries, support marine animal stocks, and provide appropriate compensation for the efforts of the fishing communities.