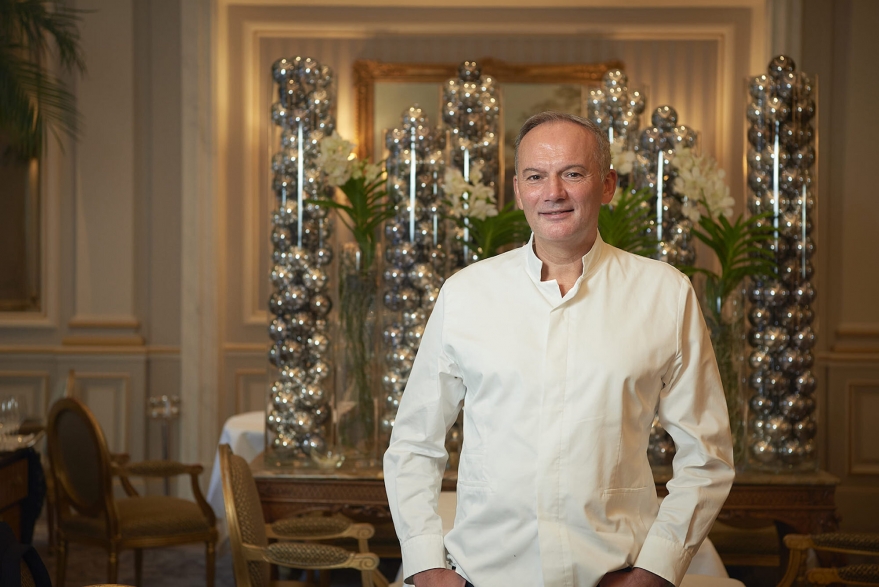 Obtaining his first Michelin star in the late 90s with Opéra restaurant, Lorient-born Christian Le Squer has delivered culinary excellence in some of the greatest restaurants across France. From Le Divellec to Lucas Carton and the Ritz, Christian went on to gain a further two Michelin stars at Ledoyen. Currently residing at restaurant Le Cinq, Christian alongside the resorts very own Culinary Director, Gaushan de Silva, will host two exclusive four-hand dinners on 6 and 8 April in Aragu Restaurant.

Velaa means ‘Turtle’ in the local language – named after generations of sea turtles that flock there to nest and hatch. From a broader “bird’s eye view” which greets arrivals by seaplane, the island’s exclusive over-water villas are also constructed to resemble the head of a turtle, with the island forming the body.