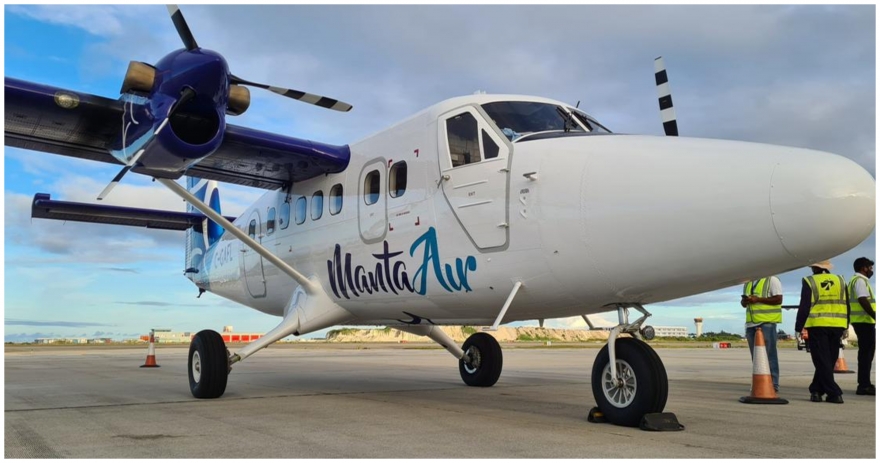 Manta Air has welcomed the newest addition to its seaplane fleet, a DHC6 Seaplane Twin Otter. The aircraft landed at Velana International in the late afternoon of March 31, 2021.

Build in 1973, the DHC6-300 Twin Otter, MSN 367 primarily remained in Canada exchanging hands with various operators. Later in 2011, the aircraft halted operations and remained in Yellowknife till 2018, due to some damages received from a crash.

Rocky Mountain Aircraft acquired the MSN 367 and completely rebuilt it with the replacement of components including wings, struts, and main landing gear bulkhead. New wiring harnesses along with a new Aero Plastics interior and new Garmin G950Nxi avionics were also installed.

The airline’s fleet reaches total 8 seaplanes with this newest addition. The Twin Otter will be transferred to the Manta Air base at Dhaalu Airport and equipped with floats for seaplane operations.