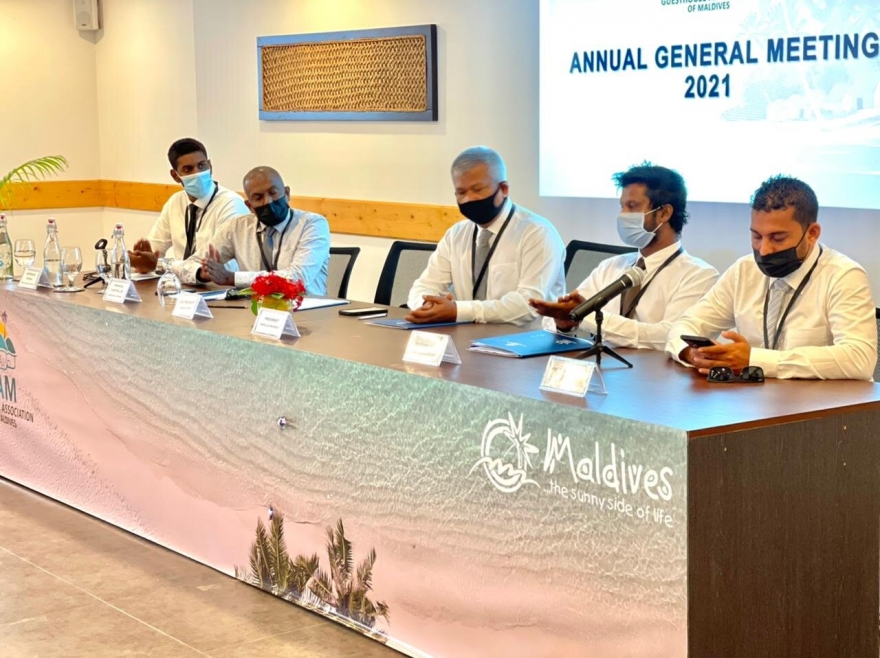 As the association who manages the guesthouses of Maldives, GAM revealed the new change was brought to showcase its effort in providing support for the local hotels along with the guesthouses as voted by the participants of the Annual General Meeting 2020.

During the general meeting, Mohamed Shamheed from OTO Creative signed an agreement with the organization to conduct Guesthouse Expo and to publish the official Magazine of the organization.

Speaking at the event, President of GAM, Abdulla Nasheed said that with the expansion of Guesthouse tourism in the Maldives, it is important to plan for a way to steady the occupancy across the guesthouses. He further said despite occupancy held stable at Maafushi, several other guesthouses face challenges as it is not held as firm and the association will be working with the government to overcome and devise a solution regarding the difficulties.

The association also revealed a full-time Secretary General will be appointed to carry out regular works.