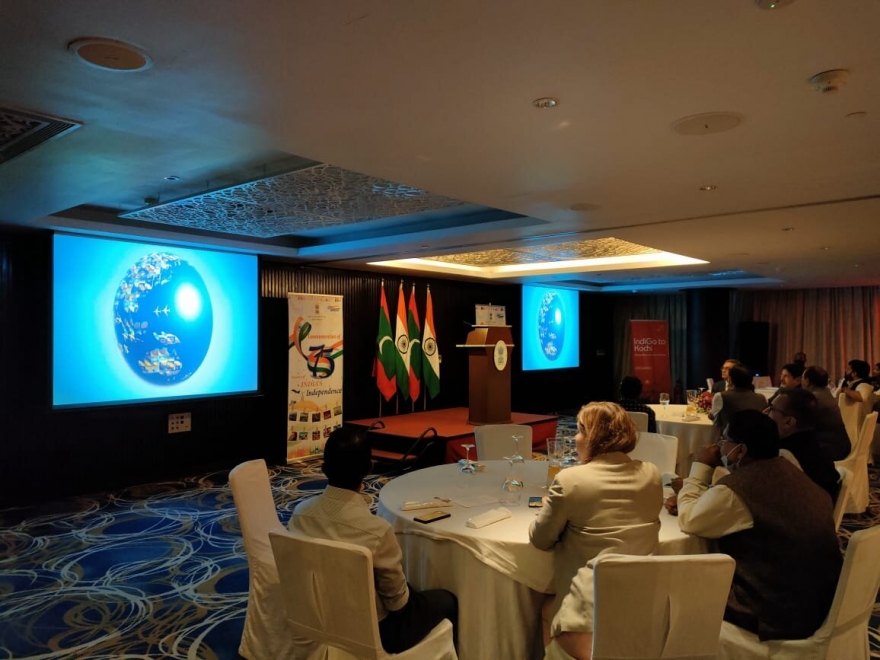 The High Commission of India organised the “India-Maldives Tourism Roundtable” on October 12 at Hotel Jen. The event was supported by the Ministry of Tourism and MMPRC. A delegation from India including representatives from OTM Mumbai tour & travel agencies and tour operators, and travel writers were invited for the event along with tourism industry stakeholders from the Maldives. After the event, the Indian delegates will tour various islands in the Maldives for the next 2-3 days and promote linkages between the tourism industries of India and the Maldives.

The delegation will focus on promoting tourism linkages in the categories of luxury/niche, MICE, guesthouse and film production. OTM, a Mumbai-based B2B travel Mart, is the largest and most international gathering of travel trade buyers and professionals in India. The Travel partners for the event and delegation visit Indigo Airlines and Trans Maldivian Airways.

IndiGo is amongst the fastest growing low-cost carriers in the world and has been a leading carrier connecting India and the Maldives with nearly 35 flights a week between Male and 6 Indian cities.

From being the 5th largest tourism market for the Maldives 3 years ago, India is now the market leader. Today, 1 in every 4 tourists visiting the Maldives is an Indian. In the first 9 months of 2021, Indian tourist arrivals have crossed the 200,000 marks. This figure is higher than the total number of Indian tourists who visited Maldives in 2019 before the pandemic.

Today, there are over 60 weekly flights between the two countries. They are operated by 5 Indian airlines – Air India, Indigo, Go First, SpiceJet, Vistara and 1 Maldivian airline - Maldivian Aero, connecting Male’ with 7 cities in India. Further, flights connecting the regional airports of Maafaru and Maamigili with Indian cities will soon be operated by Maldivian Airlines and Flyme respectively.

India and the Maldives established an Air Bubble in August. Since then, tourist arrivals from India supported the economic recovery in the Maldives. Maldives was also the favoured transit hub for Indian passengers headed to third countries. This particularly benefitted the Guest House Sector in Maldives, which was hit the worst by the pandemic slowdown.