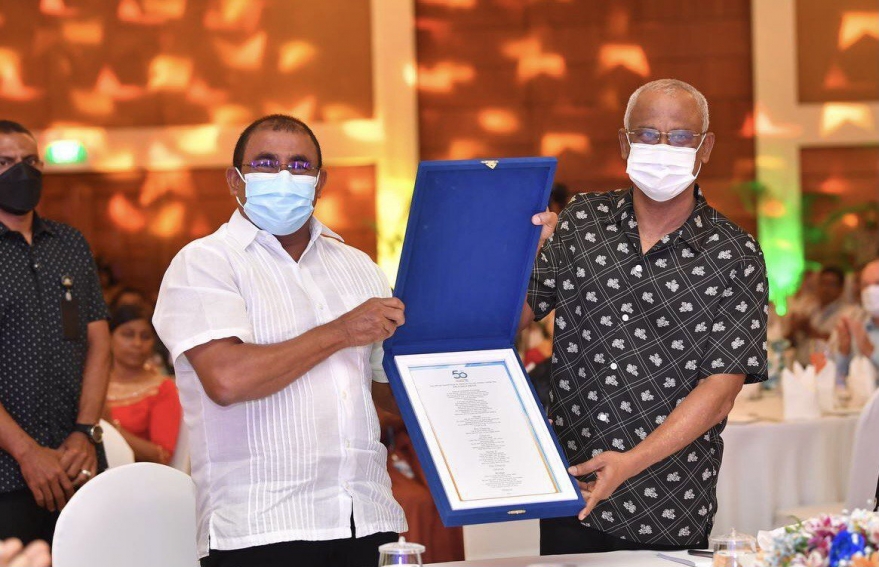 President Ibrahim Mohamed Solih has declared 3rd October as National Tourism Day. He announced the decision last night while delivering his remarks at the ceremony held at Kurumba Maldives Resort to launch the official one-year countdown to the 50th anniversary of the Maldives Tourism Industry.

As the Maldives is on track to mark its 50th anniversary since the introduction of tourism in the country, President Solih revealed that the government had decided to dedicate a day for the occasion as the Maldives does not mark a specific day to celebrate the achievements of the tourism sector. In previous years, such celebrations were held coinciding with International Tourism Day. He further clarified that National Tourism Day is attributed to the opening of the Maldives’ first resort, Kurumba Village, at Vihamanaafushi island near Malé on October 3, 1972.

President Solih commended the efforts of tourism industry workers and emphasised their contributions to the advancement of the industry. The President said that the government envisions the expansion of tourism across the nation. Noting that peripheral developmental efforts are required for this to become a reality, he detailed that transport links to the islands, access to safe drinking water, proper sewerage networks and telecommunication services must be established across the nation to expand tourism.

President stated that the administration had already made great progress in the efforts to prioritise the development of such services. He reiterated that the administration strives to establish water and sewerage networks in all inhabited islands by the end of 2023. Adding that work to establish the ‘Integrated National Public Ferry Network’, a high-speed ferry network connecting the islands is underway, the President similarly underlined the efforts to provide easy access to internet services across the nation. He also stated that local tourism ventures such as guesthouses and homestays would become convenient with the development of these services.

Delineating the government's vision for a more prosperous future for the tourism sector, President Solih said that future generations would benefit from the implementation of sound environmental policies that ensure sustainability and focus on climate change. He underscored the importance of staying on track with the ‘National Biodiversity Strategy and Action Plan’, which encompasses the phase-out of Single-Use Plastics and the Maldives’ ambition to achieve net-zero carbon emissions by 2030.

Highlighting the contributions of tourism industry workers, President Solih reiterated that increased participation from women and youth is crucial to the advancement of the industry.

A song for celebrating the 50th anniversary of the Maldives Tourism Industry was revealed at the ceremony and the President was presented with the lyrics of the song. The ceremony was attended by First Lady Fazna Ahmed, Cabinet Ministers, senior government officials, tourism sector representatives, long-serving members of the sector and industry leaders.