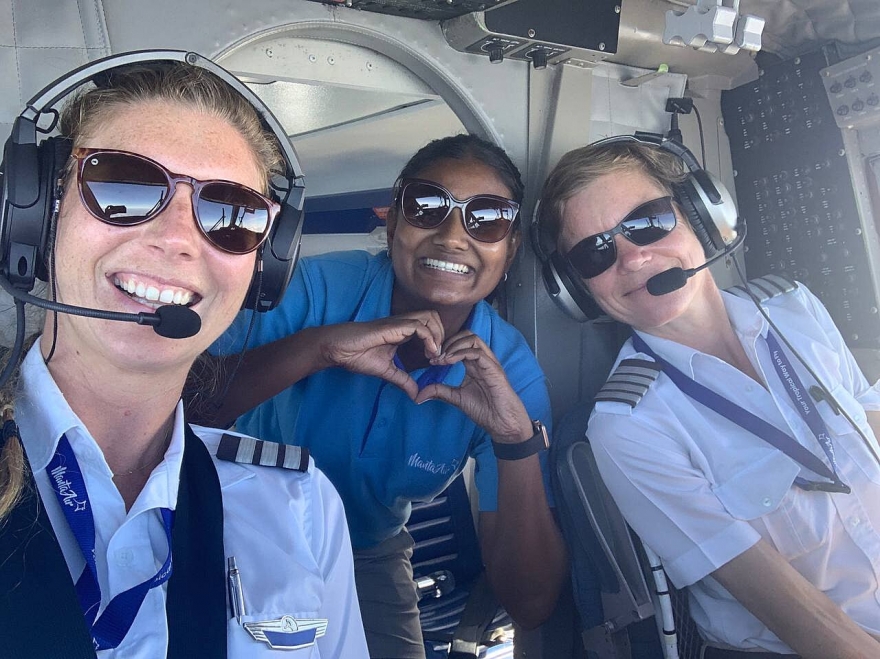 On Friday (January 7, 2022), Manta Air operated its first seaplane flight with an all-female crew onboard.

In a man-dominant service, the female seaplane Cabin Crew of Manta Air sets an example for many as they face on the physically demanding activities such as refueling and luggage loading to the flight. They are also one of the few female cabin crew of the Maldives’ three seaplane airlines, operating over 60 flights.

Since Manta Air commenced flight operations, the airline has been continuously extending its effort to further enhance and offer the best service for the passengers. As the borders opened after the pandemic, the airline has greatly expanded its local connectivity throughout the atolls, playing a key part in helping the aviation industry get back on its feet.