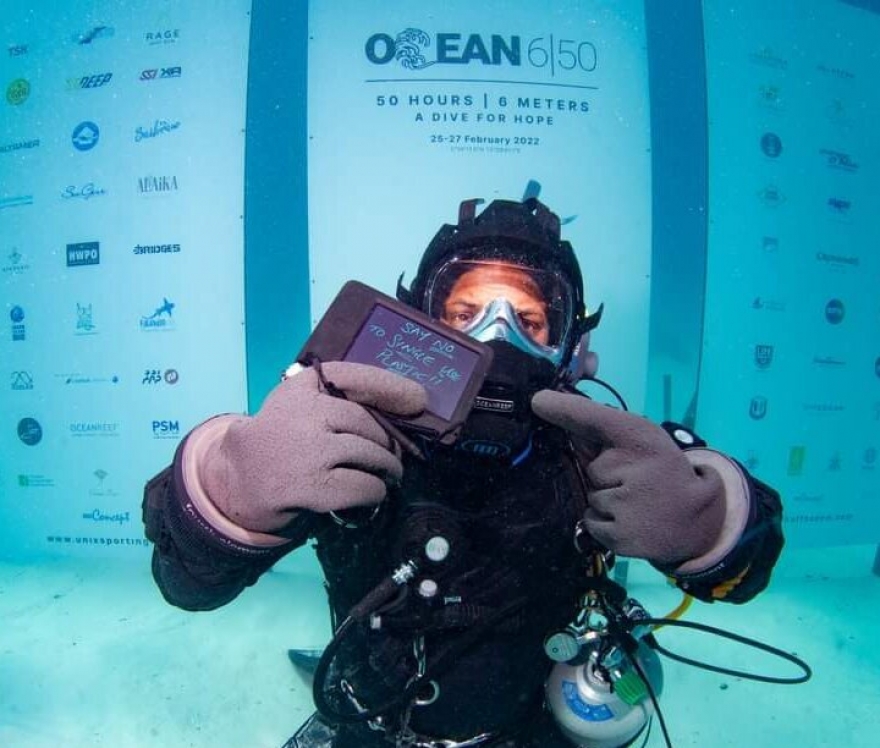 Minister of Tourism Abdulla Mausoom attended the event site - Kuda Giri near Anantara Dhigu Resort - to greet Shaff on his successful dive record. After required medical inspections, Shaff moved to greet those who were onboard to congratulate him, which included partners, supporters and guest divers as well as his family members.

Speaking at the closing ceremony, Shaff thanked the Ocean 6|50 team and said this was a team effort as he wouldn’t have been able to accomplish this without the support of all team members.

Minister Mausoom further congratulated Shaff on the record diving event and appreciated Shaff stepping up to celebrate the 50th anniversary of Maldives’ tourism through such an inspiring event. He also thanked the event team, Unix Sporting and all the sponsors making the event a success.

The event was aimed to raise awareness and advocate for meaningful and sustainable solutions to the issues of plastic pollution, climate change, endangered species and marine ecosystem.