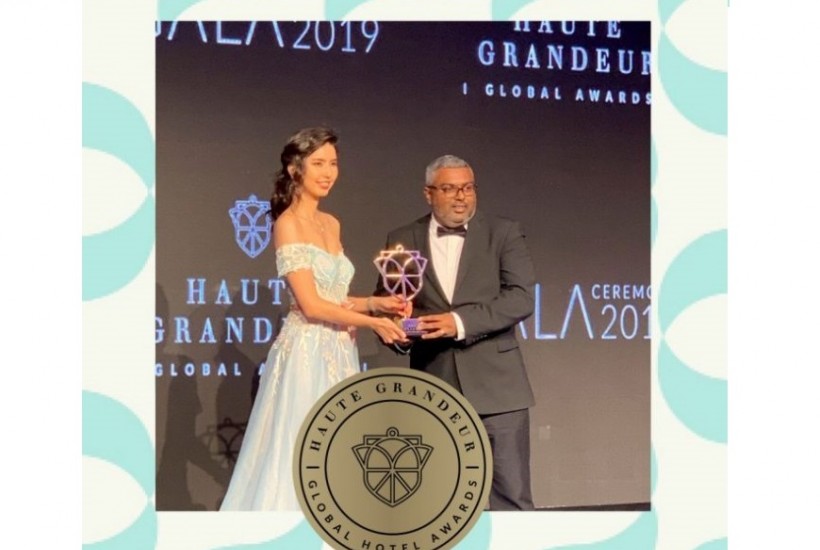 Kandima Maldives has won numerous awards at the Haute Grandeur Global Awards 2019. The resort bagged a total of six awards in which three of them were awarded to its Kool esKae Spa.

The Haute Grandeur Global Hotel Awards was established as an independent and unbiased initiative to honour the very highest achievements from across the global hotel industry.This prestigious Awards system is exclusive to the Haute Grandeur brand, and considered without equal because of its method. Unbiased results are guaranteed by placing emphasis on quality feedback from guests, rather than quantity of votes by a panel of judges or general public.

Kandima Maldives is located in one of the remotest atolls in the Maldives. With over 57 islands within the atoll, only 7 of them are inhabited, making Dhaalu atoll one of the most pristine regions in the country. Guests can travel by seaplane or domestic flight to reach the resort, from above youll also enjoy surreal views of the pearl-shaped atolls until you reach the Dhaalu Airport or the Arrival Jetty.