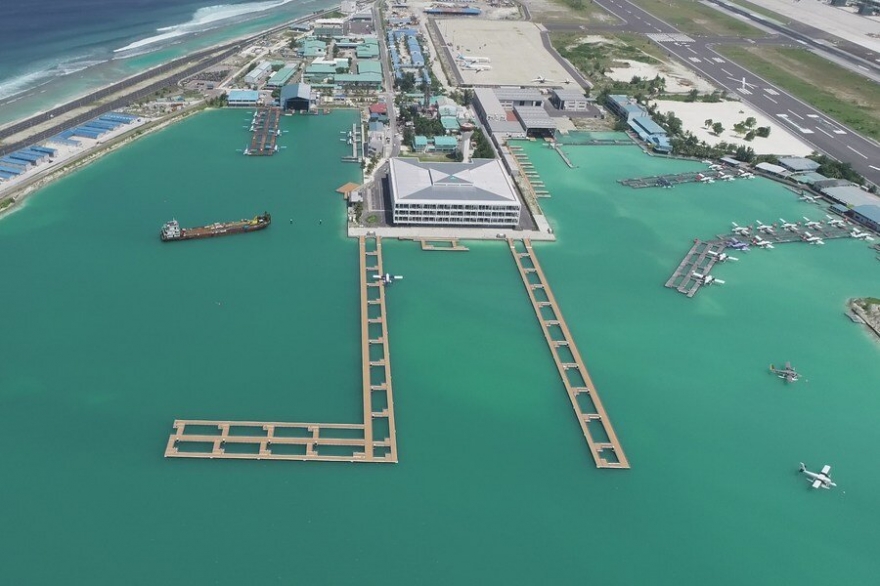 The newly built seaplane terminal at Velena International Airport (VIA) has been handed over to Maldives Airports Company Limited (MACL) after full completion.

According to Beijing Urban Construction Group (BUCG), the Chinese company contracted to develop VIA’s Seaplane Terminal, the project’s total floor area of 28,000 square meters and its water facilities have been completed for the scheduled time despite the difficulties faced during the pandemic.

Speaking on behalf of MACL, its Deputy Chief Officer Mohamed Solah said confirmed that BUCG has fully completed the contracted work and commissioning of the project on August 4, 2021. He said, "We are looking forward to seeing a new development for tourism in the Maldives after the operation of the seaplane terminal."

The Chinese company has also completed the construction of Madivaru Airport during February 2021. Operated by Champa Company, the domestic airport is expected to open later this year.