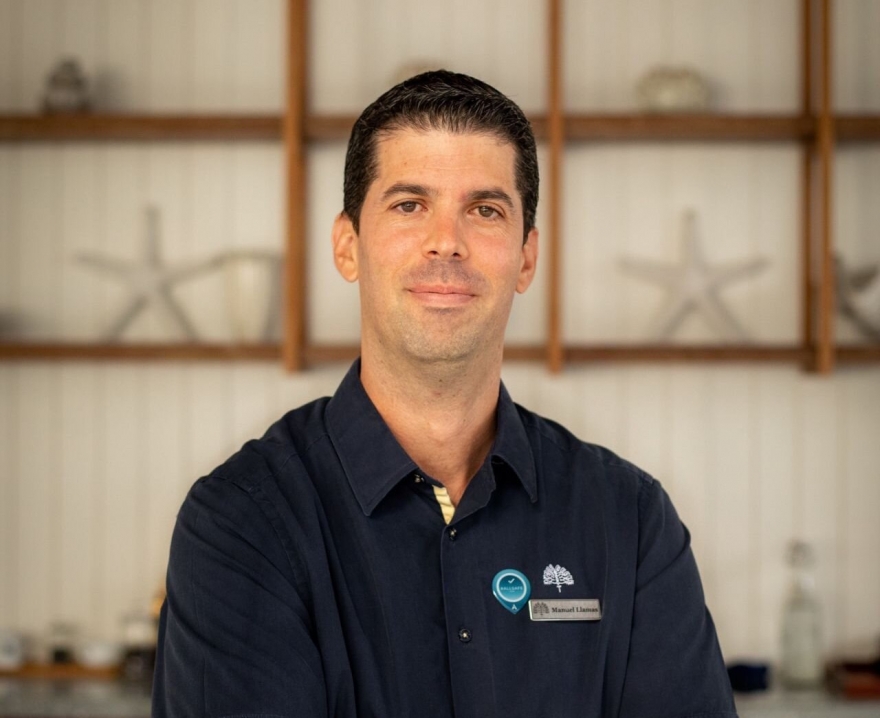 His journey into F&B started way back when he was just a child, growing up in the hills of Rascafria close to Madrid at his family restaurant. His love for food, travel and wine began from home, thanks to his rich and diverse family background. When asked about his venture into the hospitality sector, he smiled and said that, though he started a bachelors in business he later dropped out and ended up in hotel school, since he spent most of his time in the campus cafeteria and its operations. And that’s when his global career that started in Spain, spanned to over 8 countries before he reached the shores of Raffles Maldives Meradhoo who now curates bespoke, legendary experiences for its guests.

Manuel is a professional Sommelier and a sought-after F&B veteran, especially at Accor. He is one of those Heartist who shares an incredible zeal towards guest passion and delivering impeccable service. He believes in strong team work and takes pride is learning from his staff, while sharing his vast experience with them. Manuel leads the three main restaurants, Thari, Yuzu and the Fire Pit and the two signature bars, the famed Long Bar and the Yapa Bar here at Raffles Maldives Meradhoo.

His goal in life is to one day retire running his own boutique hotel with his beloved wife, who is also a hotelier, in the southern hills of Spain basking in the beautiful Mediterranean sunsets, that’s both picture perfect and nostalgic at the same time.