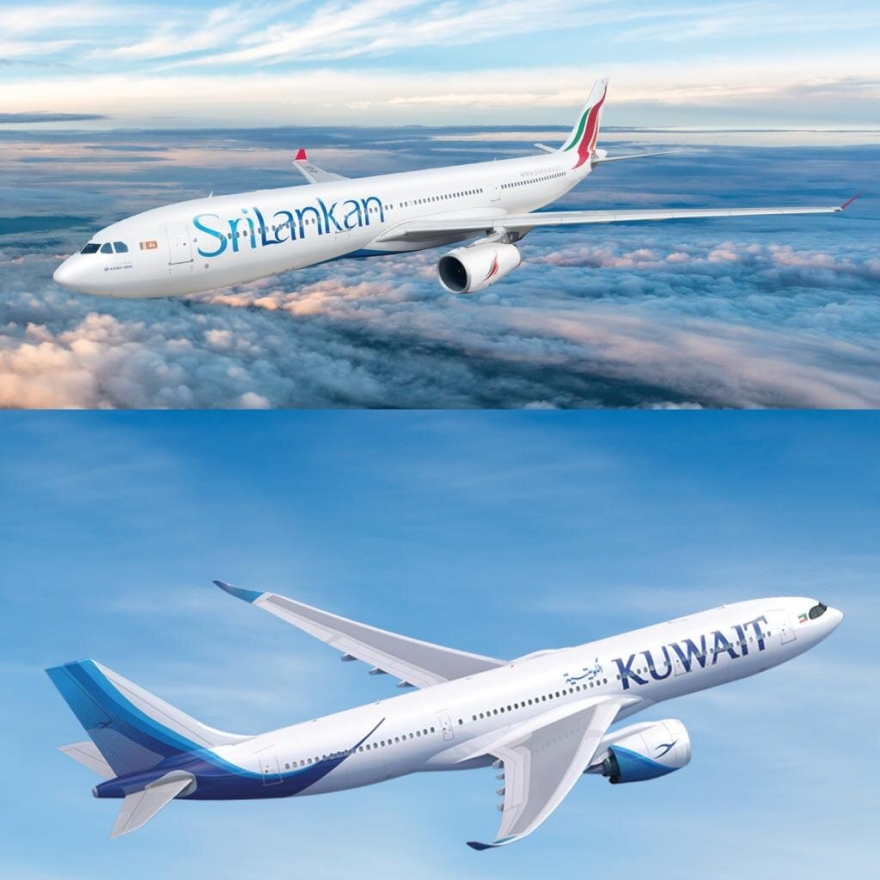 SriLankan Airlines and Kuwait Airways has announced the launch of a new codeshare partnership effective 20 June 2022, which provides enhanced connections and convenience to customers of both airlines. Each airline will place the other airline’s marketing code on its flights operated between Colombo and Kuwait with the alliance coming into effect.

The new codeshare partnership will strengthen and take to new heights the cordial commercial relationship that has existed between SriLankan Airlines and Kuwait Airways since 1999. SriLankan Airlines has carried passengers between Colombo and Kuwait for over four decades and currently operates a daily flight to Kuwait. Similarly, Kuwait Airways has been serving passengers on this route since 1978 and plans to operate three weekly flights to Colombo starting from October 2022.

Passengers may essentially expect to gain all the benefits of codeshare flights including seamless connectivity and the convenience of having their entire journey managed by one airline from the point of purchasing tickets untiltheyarriveattheirfinaldestinationwiththelaunchofthispartnership. Furthermore,passengersofboth airlines will enjoy increased alternative flight options, specifically to the Middle East and Europe via Kuwait and to the Indian Subcontinent and the Far East via Colombo.

Richard Nuttall, Chief Executive Officer of SriLankan Airlines stated, “We are delighted to enter a new chapter in the longstanding relationship between Kuwait Airways and SriLankan Airlines that is expected to generate value to our customers in multiple ways. The Middle Eastern market has always been important to SriLankan Airlines, and we continually endeavour to expand our network and product portfolio to serve this segment better. We look forward to working with Kuwait Airways and creating greater synergy between our combined networks for the benefit of our passengers.”

Maen Razouqi, Chief Executive Officer of Kuwait Airways stated, “We welcome SriLankan Airlines as our codeshare partner. The new beginning of this partnership will support Kuwait Airways and SriLankan Airlines operations between the two cities and allow more travel options, facilities for the public. Passengers and travel agents will be able to book directly on these flights through our offices/website/APP and agents’ reservation system. Further, this Codeshare Partnership will not only enhance the relationship between the two airlines but also the strong relationship between the two friendly States, Kuwait and Sri Lanka. On this occasion, I would like to thank Mr. Richard Nuttall and both the teams for their efforts in making this Codeshare Agreement effective.

Both SriLankan Airlines and Kuwait Airways are also working on incorporating the Frequent Flyer Program for codeshare flights, so that passengers can be rewarded with the benefits of such programs. Further, both airlines anticipate to explore other avenues for future mutual co-operation and expansion of their partnership.”