PUBLISHED June 29, 2019
The latest addition to the coalition of resorts pledging to #ProtectMaldivesSeagrass is The Equator Village in Gan, Addu Atoll. On Tuesday the resort joined the campaign pledging to protect 100% of its seagrass beds, which is an area of approximately 7,600 square metres.
The #ProtectMaldivesSeagrass campaign was initially launched on World Seagrass Day, March 1, 2019, by the Maldives Underwater Initiative (MUI), the marine team at Six Senses Laamu and Blue Marine Foundation (BLUE). 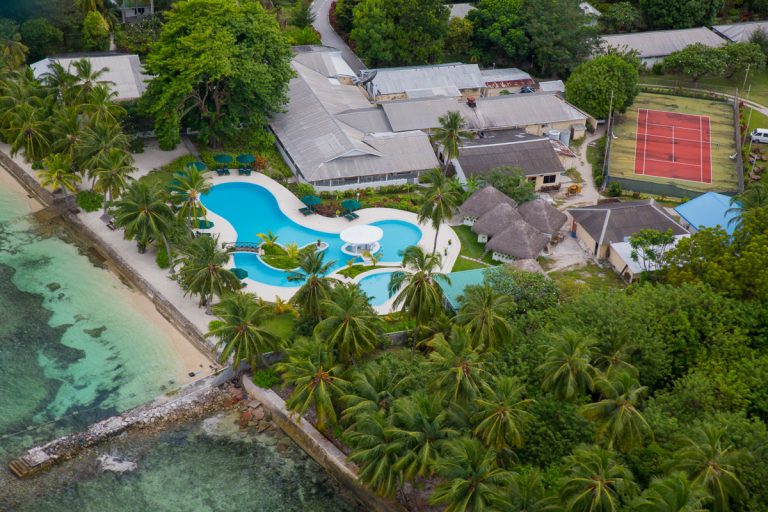 The aim of the campaign is to bring together resorts, organizations, tourists and Maldivians, all in recognition of the value of seagrass ecosystems. It is a way of spreading the message that tourism and seagrass can co-exist, with extraordinary benefits to guest experiences. 35 partner resorts, or 25% of resorts in the Maldives, and 22 partner organisations, including Greenpeace International have joined the cause. MUI says a total of 655,000 mÂ² of seagrass at resorts across the Maldives, the equivalent of 90 football fields have been protected to-date.

The campaign is officially endorsed by the Maldives Ministry of Tourism and Maldives Marketing & Public Relations Corporation.

Seagrass is a complex, underwater flowering plant that forms dense meadows. It plays an important role in fighting climate change by removing carbon dioxide from the atmosphere, and providing a habitat for megafauna such as turtles, rays and sharks. They also help maintain healthy reefs and sustainable fisheries and protect beaches from erosion; all of which are key resources for the tourism industry.

A survey in 2018 by MUI of 50 resorts in the Maldives found that 50% of those with seagrass actively remove their meadows. The main reason for seagrass removal was because it was considered ugly or a nuisance. Before the campaign, seagrass was a highly undervalued ecosystem in the Maldives, considered as a nuisance, rather than celebrated for its importance.