Australias Josh Kerr has made it two for two at Four Seasons Maldives Surfing Champions Trophy winning the second round twin-fin division in pumping 4-to-5 foot surf at Sultans. Kerr is now sitting pretty for a Finals Day berth at the worlds most luxurious surfing event.

In the twin-fin final, Kerr faced off with an in-form Alejo Muniz (BRA) who had dominated his way though to the final. It was a match-up of the two standouts all day, but Kerr saved his best until last, scoring an epic heat total of 17.26, including a near perfect 9.63 (the highest of the event so far). The judges rewarded the former Championship Tour (CT) competitor for his impressive combination of tube riding, power turns and smooth flowing style.

"Ive been surfing on a twin-fin so much recently that I was almost more nervous surfing today because it was expected that Id do well," Kerr said.

"Fortunately, from my first heat today I fell into a good rhythm. Everything felt good, the waves, my board, my surfing, the setting it all felt right. I was so pumped to get out there when we rocked up today, the surf was amazing, just clean and perfect. Coming up against Alejo was always going to be a tough battle. He is still living and breathing competitive surfing on the QS so he is probably the most prepared competitor here plus he is ripping so hard. I just seemed to have a lot going my way. Im stoked and now Im about to go and share a few more waves with my daughter were living the dream."

The opening heat of the day was totally stacked with 2001 WSL Champion coming up against Alejo Muniz and fellow former CT competitor Fred Patacchia. All three surfers had to surf out of their skin to make the heat and, in the end, it was Patacchia who was eliminated in 5th place. Freddy will be back when competition resumes with the thruster division. Floridian goofy-foot CJ Hobgood eventually went down to Muniz in the semi-finals finishing the twin-fin division in equal 3rd. 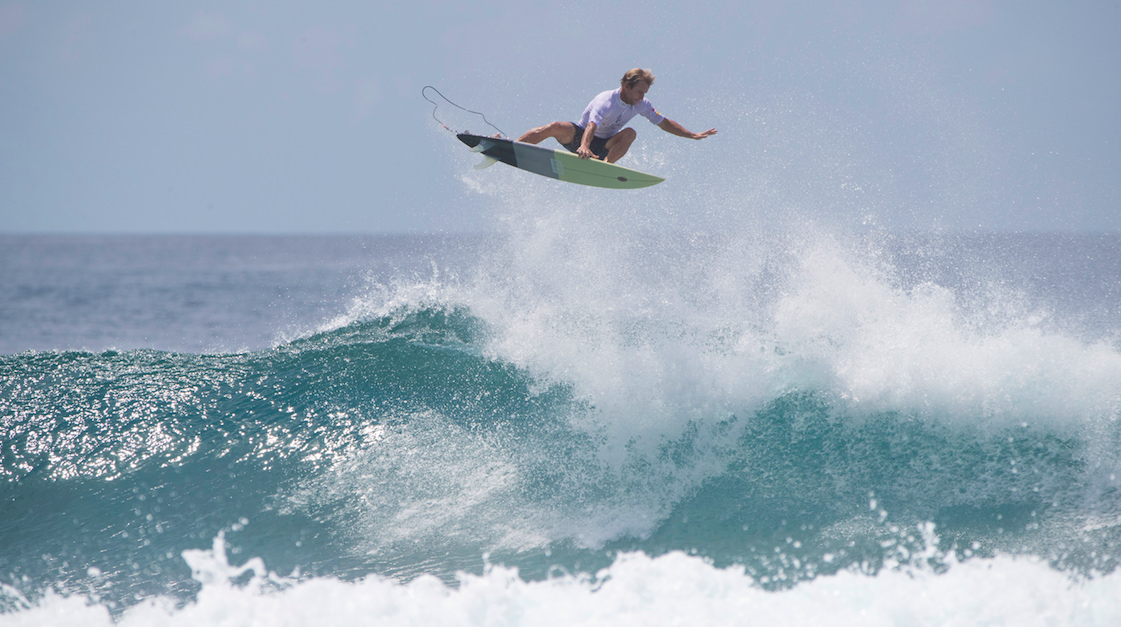 Unique in many ways, the Surfing Champions Trophy determines a surfer's heat time based on their age, and tests skill across three different divisions: single-fin, twin-fin, and triple-fin thruster.  Places are granted to surfings elite by invitation-only, who then battle it out for both surfing inner-circle kudos and USD 25,000 prize winnings.

As ever, the event will be on board Four Seasons Explorer the Maldives ultimate surf vessel. Fans can get up close to the action with on board VIP passes, while the surf tour experience continues with shoulder-rubbing events back at Four Seasons Resort Maldives at Kuda Huraa, which plays host to the contests competitors, judges and Tropicsurf partners.