Maafaru International Airport (MIA) which is being built by United Arab Emirates Fund is currently getting ready to operate test flights on its runway in July.

A press conference was held on the 20th June at MIA where Minister of Tourism Mr Moosa Zameer stated that the development works are being done at a very fast pace and test flights will be able to land on the runway by the end of July. 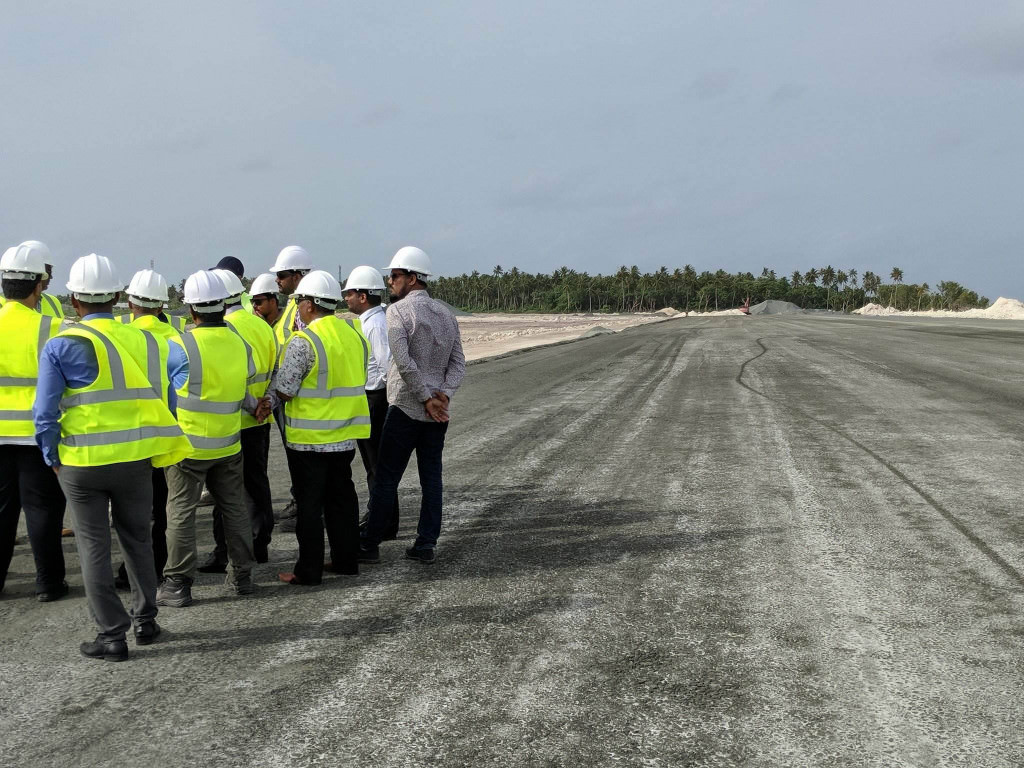 According to Minister, the sub-phase of the runway is already finished and the runway will be the first thing to complete. The asphalt concrete will be laid between the 25th and 27th of June. According to the schedule, consultants have also noted that the asphalt layer will be completed within 13 days.

Minister Zameer further noted that the civil aviation inspection is to be held before the round of test flights. He also explained that the tentative date of opening is in August 2018.

The project which has been funded with USD 60 million from the UAE fund will accommodate Airbus A320s and Boeing 737s. The runway at MIA is 2,200 metres long.