Tourism Minister Moosa Zameer has inaugurated a US$ 1 million pilot project to develop local tourism on the island of Kaashidhoo in Malé atoll.

The Kaashidhoo tourist village is the first project of its kind by the Maldives Integrated Tourism Development Corporation (MITDC) , a state-owned enterprise formed in August 2016 to develop "guesthouse islands" and boost the nascent mid-market sector.

Speaking at the inauguration ceremony, Minister mentioned that the government aims to complete the project which includes three prefab guesthouses with 60 rooms, a waste management centre, a tidal pool in the lagoon and a multi-purpose building within six months.

"Investors hesitate to invest in islands like Kaashidhoo; their belief is that revenue will not be generated from such islands. If my knowledge is correct, there was a tourism project in Kaashidhoo previously. However, the project remained unfinished and therefore, failed." Said Mr. Zameer. 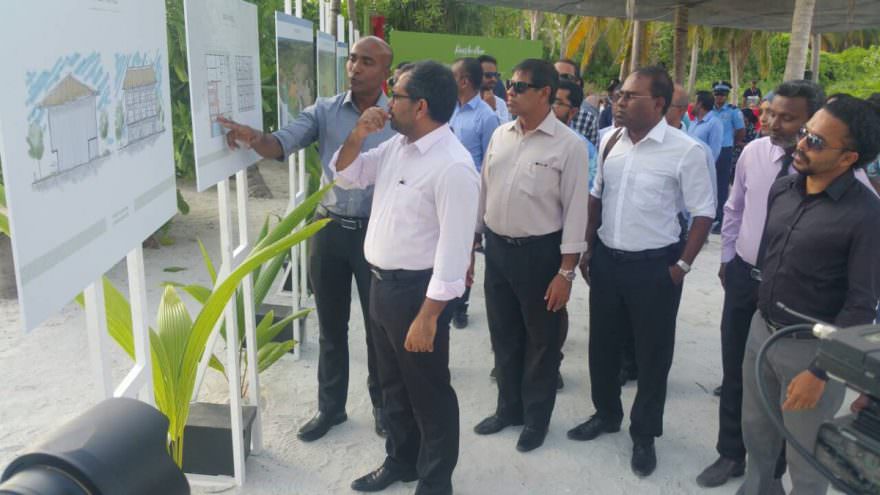 The Minister explained that MITDC can operate the project albeit not feasible in the beginning. MITDC has finished cleaning the area and started preparing for construction work. Development of the guesthouse consists of two stages. The first stage will consist of a multipurpose building along with water sports area. There will be a total of 250 rooms by the completion of the project.

"With MITDC, we believe that even if the project does not seem feasible in the beginning, we can manage and create something feasible for affordable tourism. It is for this reason that we have taken an interest in this project," said Mr. Zameer.

Kaashidhoo, located 86 km from the capital with a population of about 2,000 people, is the fifth largest island in the Maldives. Along with a new road, the guesthouses are being built some distance from the islands inhabited area.