Ministry of Tourism has signed an agreement to hand over the construction of airport in Gaaf Dhaal Maavarulu to Maldives Transport and Contracting Company(MTCC).

The agreement for the MVR 57 million project was signed on 15th March between Tourism minister Moosa Zameer and MTCC CEO Ibrahim Ziyath.

In the press briefing, Ziyath guaranteed that the MTCC aims to complete the construction of the airport which includes 1,200meters long runway, taxiways, apron and jetty within 160 days and added that construction materials have already been transported to the island. 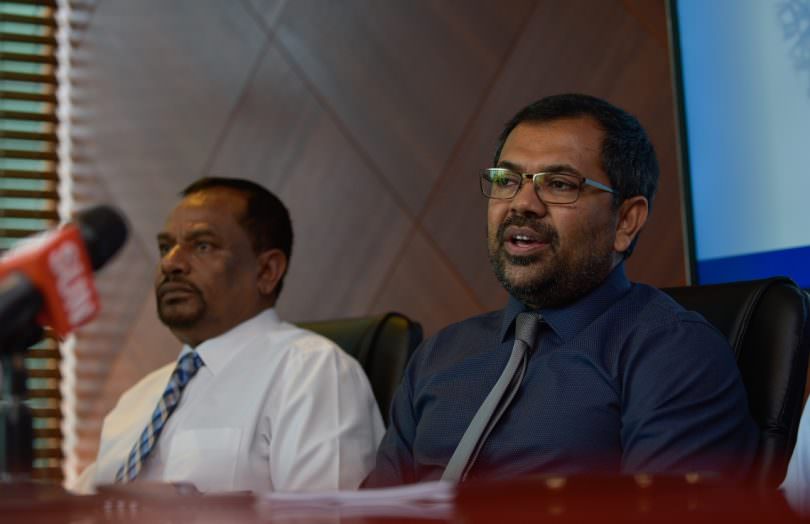 Speaking to local journalists, Minister Zameer stated that the government has already commenced construction works for airports in Kulhudhuffushi, Funadhoo and Maafaru. In his statement, Zameer highlighted that the tourism sector is expected to rapidly grow after the opening of the domestic airports, and that it will open up employment opportunities for the locals residing in the nearby islands.

Minister noted that MTCC is handling three out of four of the current airport projects and the fourth airport is being developed by a Singaporean Contractor.