Maldives Welcomes the First Visitor Of 2018 With the celebratory well wishes of a New Year, Maldives warmly welcomed the first visitor of 2018 at a media event held at Velana International Airport on the 1st of January morning.

The first visitor, Ms. Georgina Holbrook, British nationality who arrived with her family on FlyDubai flight number FZ559 was welcomed by the officials of Maldives Marketing and Public Relations Corporation (MMPRC), together with the Ministry of Tourism, Maldives Airports Company (MACL) and representatives of Maldives Tourism industry. 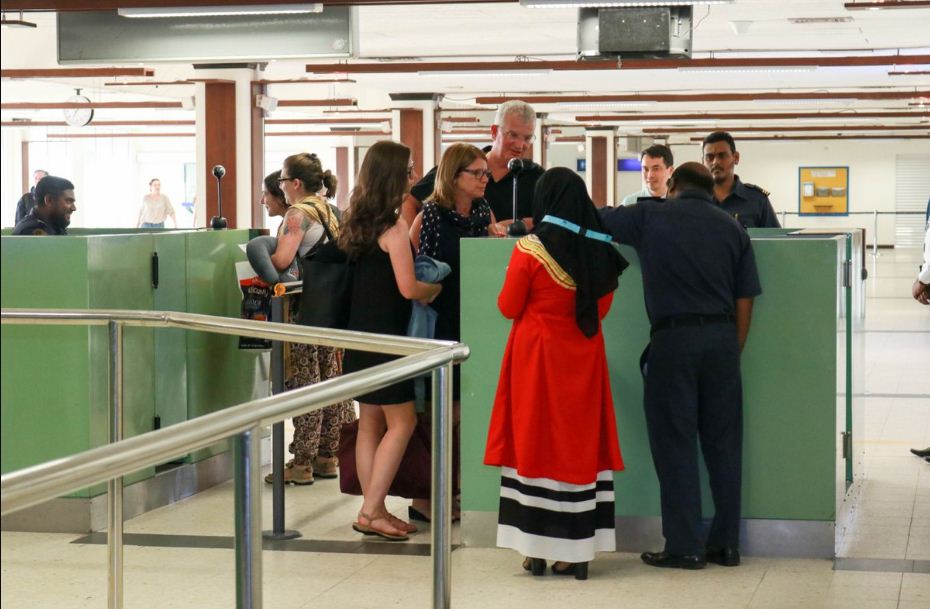 The media event started with the stamping of the first visitor by the Maldives Immigration. After which Ms. Georgina Holbrook was escorted to the VIP lounge by the staff of MMPRC where her family was welcomed by Mr. Haris Mohamed, Acting Managing Director of MMPRC by awarding her with congratulatory certificate and a special gift representing the traditional Maldivian culture and tourism. 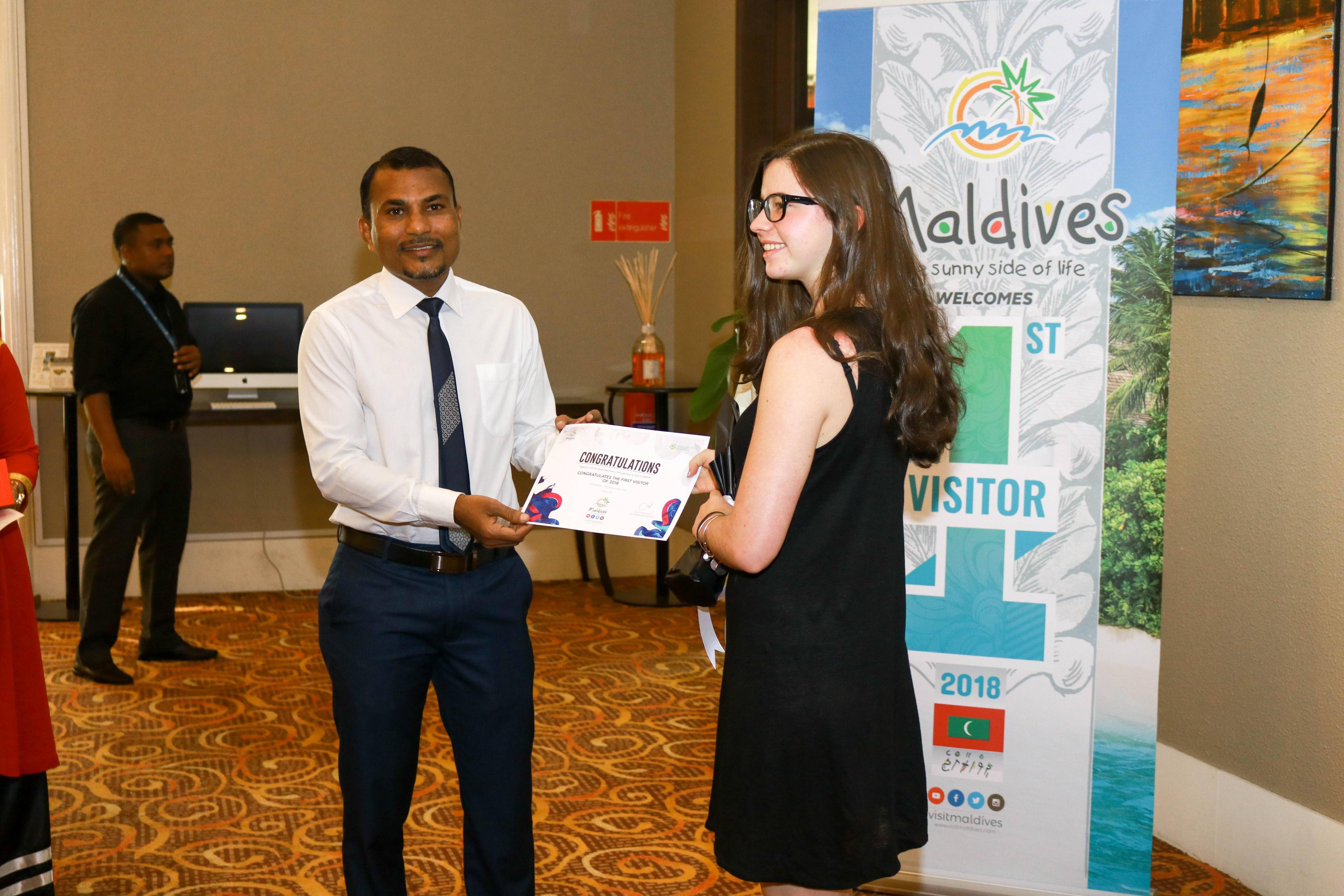 Maldives has opened up a fresh chapter of new goals and accomplishments this year. Over the previous years several events have been concluded successfully which included welcoming the first visitor, 500K visitor the 750K visitor and One millionth visitor.